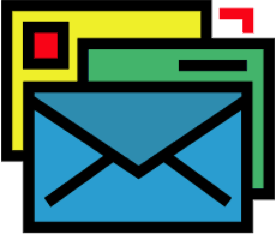 Sign Up To Get PPC Intelligence Sent To Your Inbox

You’ll get expert advice on topics to help grow your business today.

All about Facebook’s new ad transparency

Facebook has just announced its new plan to increase ad authentication requirement and transparency for advertisers. This move comes amid ongoing probe on how Russia used this giant social media platform to influence November 2016 presidential elections. So what changes should you expect? In this article, we are going to tell you everything that you need to know about Facebook ads transparency.

Facebook is keen to provide news ways for people to view all ads that businesses are advertising on this social platform any time with the introduction of new ads option. From next month, users will be able to click a view ads option and see ads that are running on a certain page regardless of whether the person viewing the page is the intended target audience or not. All ads will be associated with a page. In addition to that, the tab will also show all ads running across Facebook, messenger, Instagram and Facebook audience network. The company will start with a test in Canada.

For political ads, the company has said that they will provide an archive of ads as opposed to only allowing ads to run all through. In addition to that, Facebook is planning to provide an in depth information especially for ads that focus on politics. Some of the information that Facebook will provide include impression delivered, total ads spend as well as demographic insight. The new changes that Facebook will be making will bring to an end the appearance of post that target specific audience but don’t appear on advertiser actual page making it hard to be accessed by those who have not been targeted. According to Facebook, this is exactly how political groups with bad intentions use Facebook to spread hate and division. They spread specific ads to vulnerable audience in order to spark movements.

We will contact you. Then let us work our magic and build your custom evaluation to show you how your business can grow!